I’ve got a little quiz for you today. Answer true or false to the following statements:

If you answered false to all three, you are correct! If you answered true, don’t worry. You are not alone. But after reading this post, I hope you will change any misconceptions you might have about helping those in poverty around the globe.

In fact, life is better for more people around the world than it has ever been. People are living longer, healthier lives and poverty rates have been cut in half in the last 25 years. Child mortality is plunging. Many nations that were aid recipients are now self-sufficient. Bill and Melinda want to tackle these myths because too often they give people a reason not to act.

So let’s take a loot at these myths.
Poor countries are doomed to stay poor. In fact, many of the countries we used to call poor now have thriving economies. Some of the so-called developing nations have already developed and many more are on their way. Progress in health and income and foreign aid has helped a lot. The percentage of “very poor people” has actually dropped by more than half since 1990. Bill Gates explains in this short video. He also predicts there will be almost no poor countries left in the world by 2035.

Foreign aid is a big waste. I hear a lot of people complaining about the amount of money the United States gives to other countries in foreign aid. In fact, less than 1% of the American budget is allotted for foreign aid, which is about $30 for every American. Foreign aid actually helps countries find the kind of economic and health progress explained in #1. This progress, of course, help countries to become less dependent on aid. Bill Nye the Science Guy explains more in this short video.

Saving lives leads to overpopulation. People have worried about overpopulation for centuries. If we save everyone, then how will we have enough food and resources to go around? It has actually been found that the countries with the most deaths are also the fastest-growing populations. This happens when girls are married off young, when couples have several children because they know some will inevitably die, and when there is lack of education around or access to contraception. Ending overpopulation actually starts with saving the poorest children, as Professor Hans Rosling explains in this short video.

I encourage you to take some time and read through the letter from Bill and Melinda Gates. While I pulled out some of the highlights, there is much more information included in the letter, and it  will open your eyes to several global issues. It’s a great read.

I wrote this post as part of the Global Team of 200, a highly specialized group of Mom Bloggers for Social Good members who focus on maternal health, children, hunger, and women and girls.
~~~~~~~~~~~~~~~~~
Inspired by Bill and Melinda Gates’ annual letter, I decided to donate to Save the Children this month, specifically to their Syrian Children’s Relief Fund. Save the Children is a partner of the Bill and Melinda Gates Foundation and a partner of mine as well. My donation will provide a set of winter clothes to protect a child from the cold. You can read more about their work here.

Are you willing to take the giving pledge and donate every month to a nonprofit? Grab the badge below and tell the world. 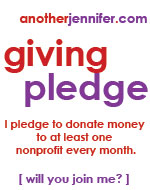 Living and Accepting Your Truth